For comparison, I’ve included a similar graph for just those applications which do not have an agent of record recorded with CIPO. The applications in the second chart are included within the first chart. 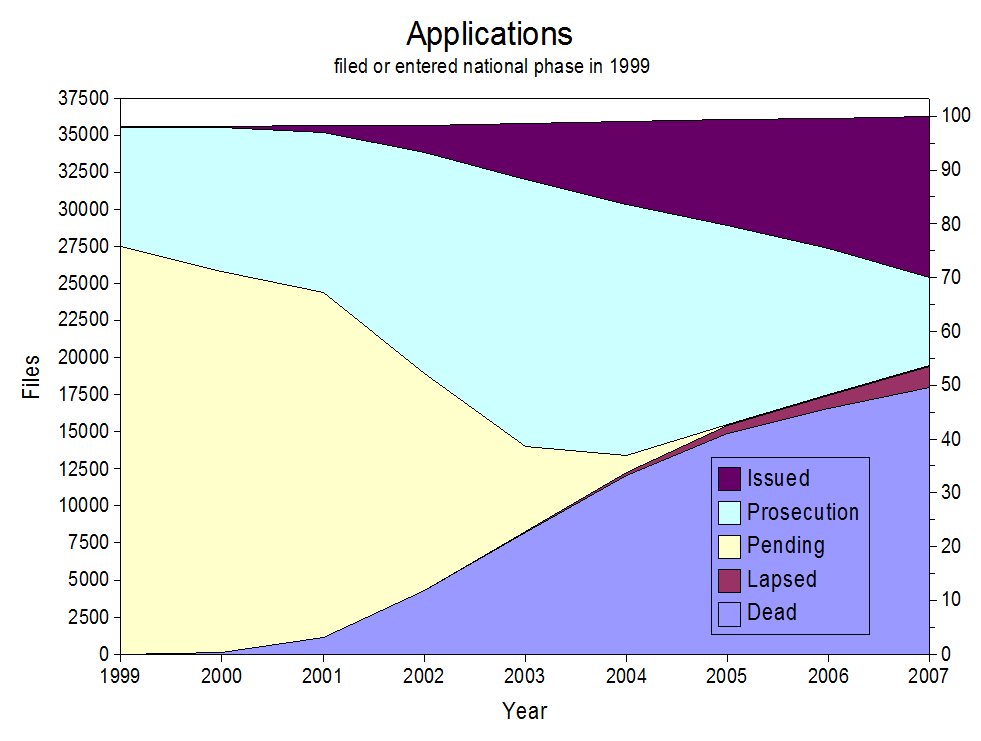 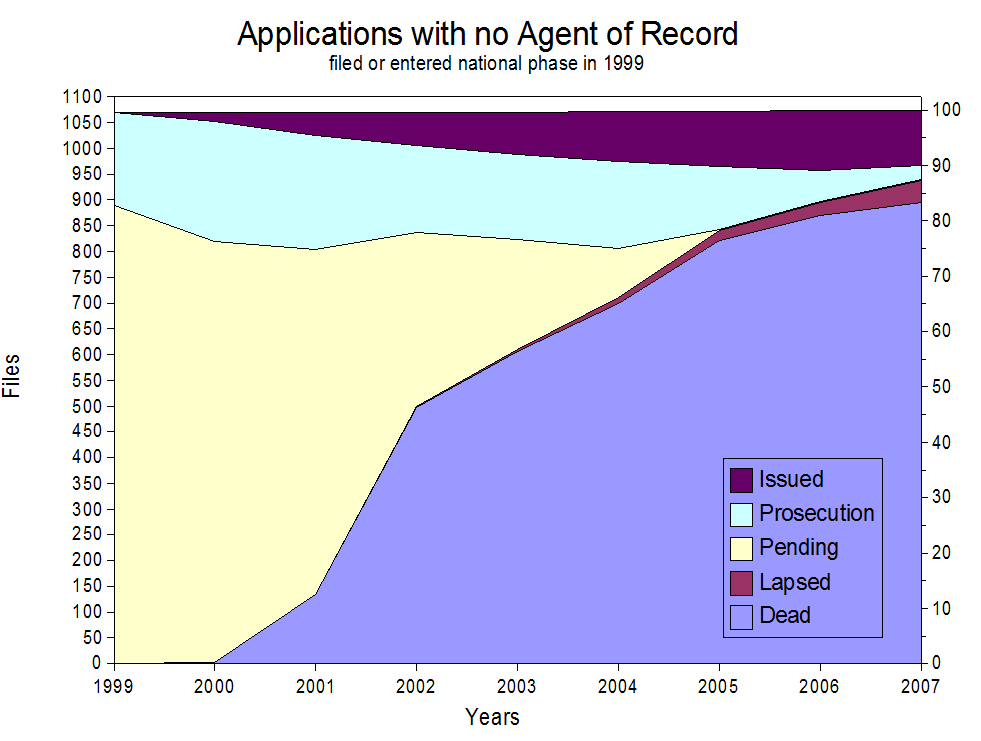 For this next series of charts, the same data from 1999 is broken down by
high level classification (IPC ‘Section’):